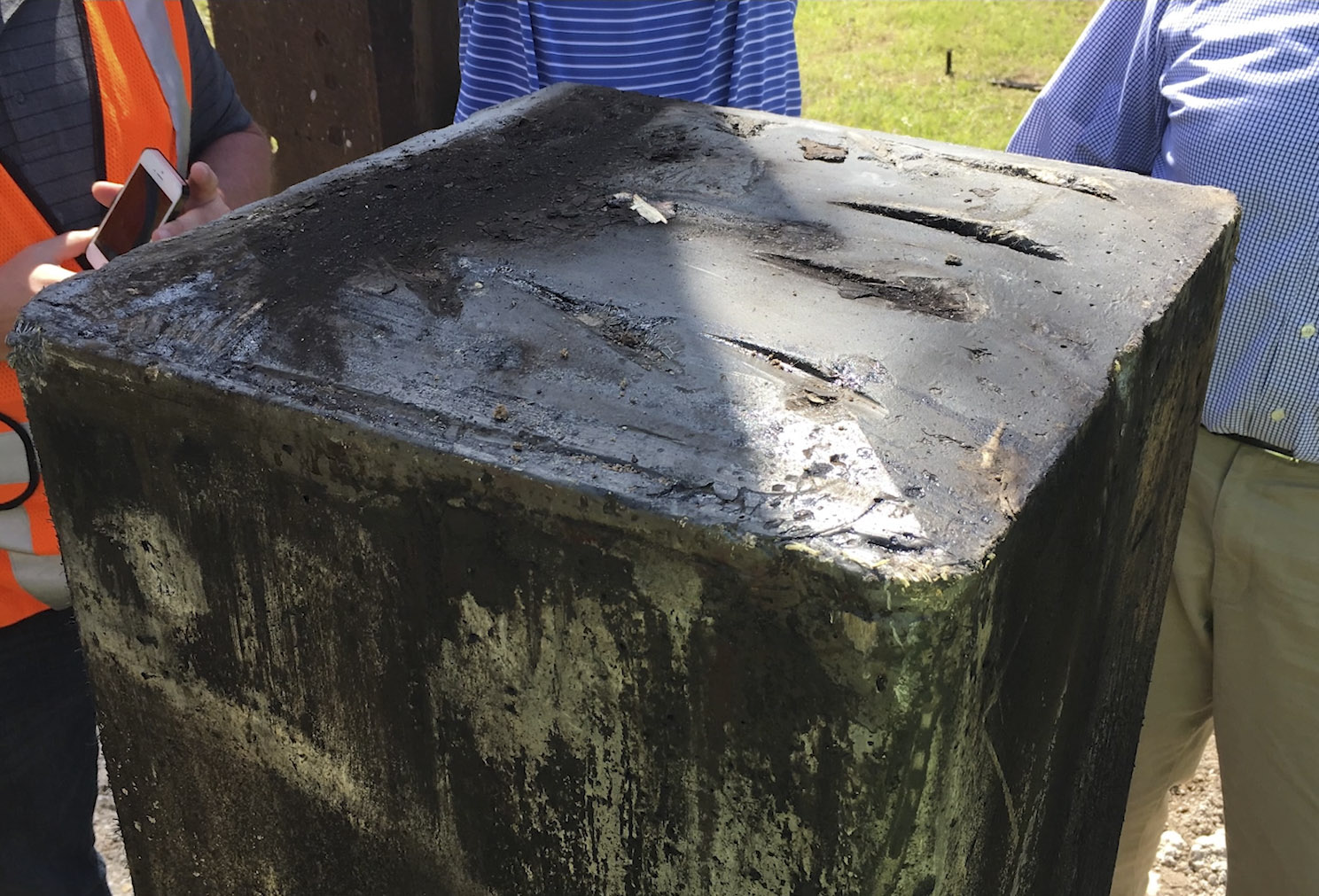 Ultra-High Performance Concrete (UHPC) is a cementitious, concrete material that has a minimum specified compressive strength of 21,500 pounds per square inch (psi). UHPC is stronger and more resilient than traditional concrete due to fibers that are integrated into the mix. Fibers vary from polyester to steel and stainless steel, with different types of fibers adding more strength to the end product.

Conventional UHPC provides many benefits, and has the ability to revolutionize concrete construction. Benefits include:

Despite these benefits, it has not always been easy for contractors and construction companies to use conventional UHPC on the job site. Many conventional UHPC products cannot be mass-produced in a large volume. Small batches take extra time to mix—time that adds up throughout your project.

Small batch mixing also opens up the potential for inconsistencies in your structure. If you’re building a bridge and need to mix many small batches of UHPC, you’re more likely to have margins of error when it comes to weighing, adding water, and other components.

Cor-Tuf UHPC is different. It is an Ultra-High Performance Concrete that was originally developed by the U.S. Army Corps of Engineers to meet the need for a tougher, yet lighter material to protect personnel and weapons facilities from blasts and intrusions.

This innovative concrete technology combines outstanding compressive strength (up to 30 times stronger when heat cured than traditional concrete) with impermeable resiliency. It is unlike any other concrete product, outperforming other UHPC products on the market.

More importantly, it can be mixed and poured just like traditional concrete—making UHPC just as easy to use. Cor-Tuf UHPC provides the benefits of improved compressive and tensile strength, and durability, without having to change the way you’re used to working with concrete.

We have been conducting numerous tests to demonstrate these and other revolutionary characteristics of Cor-Tuf UHPC, and we are excited to share the results of some of our latest endeavors.

Other UHPC providers are only able to deliver UHPC in 50-pound bags, but Cor-Tuf UHPC is mixed in large volumes (Super Sacks that hold roughly one ton of material), and then put into a Tuckerbilt transporter. In our testing, our product is poured directly into the piling form from the Tuckerbilt, just as traditional concrete.

Other UHPC products also require more time to mix—generally twenty minutes. When you combine the longer mixing time with small batch production, you get consistency issues in your end product and a lot of gaps (downtime) in the production cycle that hold up work and slow down a project.

Cor-Tuf UHPC has a longer working time (about an hour) than other UHPC products on the market. It is also more fluid, flowing as traditional concrete does. You get all of the benefits of UHPC in terms of exceptional compressive and tensile strength, but the applications and methods for mixing and pouring are the same as traditional concrete. This is not the case for other UHPC products, making Cor-Tuf UHPC a truly innovative concrete material that is bringing a revolution to the concrete industry WITHOUT having to change processes or machinery.

During the production phase of our testing, we wanted to prove that, unlike other UHPC products, components pre-cast using Cor-Tuf UHPC would be free of voids and would show no inward shrinking while the component cures.

Working in partnership with the Florida Department of Transportation, 15 strain gauges were installed in each piling. When the pre-tensioned load at each end was released and transferred into the concrete, it was measured. As predicted, it showed no movement of the pre-tensioned cables embedded within the piling.

Additional testing was conducted on site at the Florida Department of Transportation Structures Research Center in Tallahassee, Florida. This was the first of two directional pressure tests designed to gauge how much stress can be imparted into a piling that is designed to withstand extreme vertical loads before it ultimately fails.

In this test specifically, we applied as much horizontal pressure as possible to one of our 18”x18”x30’ UHPC pilings to gauge its complete failure point. To provide us with accurate data, strain and deflection gauges as well as strand slip monitoring were all utilized by the FDOT to monitor the event. Prior to testing, it was predicted that the piling would fail around the 60,000 psi mark.

At various pressure stages, the testing was paused so the piling could be inspected by the FDOT team. In total, the Cor-Tuf UHPC piling was able to withstand 84,000 psi of downward flexural pressure and 4.5” of deflection before failing. When the piling cracked, its failure point was consolidated to one area with no additional radiating cracks along the sides of the piling.

In another demonstration, we installed our 18”x18”x100’ piling into the ground at the Leware Construction Yard in Leesburg, Florida. As was the case in our prior test, this piling was also outfitted with a full set of data capture sensors to allow us to monitor its condition during installation.

The Leware yard was chosen as the site for our installation because we had a full geo-technical report for the area prior to starting. This report would allow us to co-relate our findings against the soils data for the area to present a complete picture of what was happening beneath the surface.

Once we hit bedrock, the decision was made to see how hard and fast we could hit the piling with the D36 hammer in an attempt to cause it to fail. What we found was instead of failing, the friction between the hammer head and the end of the piling caused the pad (meant to cushion the blow of the hammer, and made out of plywood) to catch fire and melt.

The real-time piling data report showed no significant changes in the stress weave pattern of the piling or to its structural continuity at this point. This, combined with the failure of the D36 hammer to prompt any internal anomalies, prompted us to switch to the larger D62 hammer in an attempt to cause the piling to fail.

Regardless of which hammer was used, or how hard or rapidly we attempted to hit the piling, our data from the event showed that the structural integrity of the piling never dipped below 100 percent. We eventually reached a state in which the testing crew ran out of lead length for the internal sensors. Aside from the residue left by the burning hammer pad, the top of the piling is still in virtually pristine condition.

The results of these tests clearly demonstrate the superior qualities of Cor-Tuf UHPC. Please consider viewing the below video to view these tests in action and see firsthand how easy it is to use our product on your next concrete job—and all without needing to change your machines or your process.

Stay tuned for videos and results of our next pours, including testing bridge beams, H-pilings for seawalls and coastal protection, a new mix for use on bridge and highway overlays, and classified civil defense and antiterrorism devices for greatly increased public protection of both personnel and vital infrastructure.