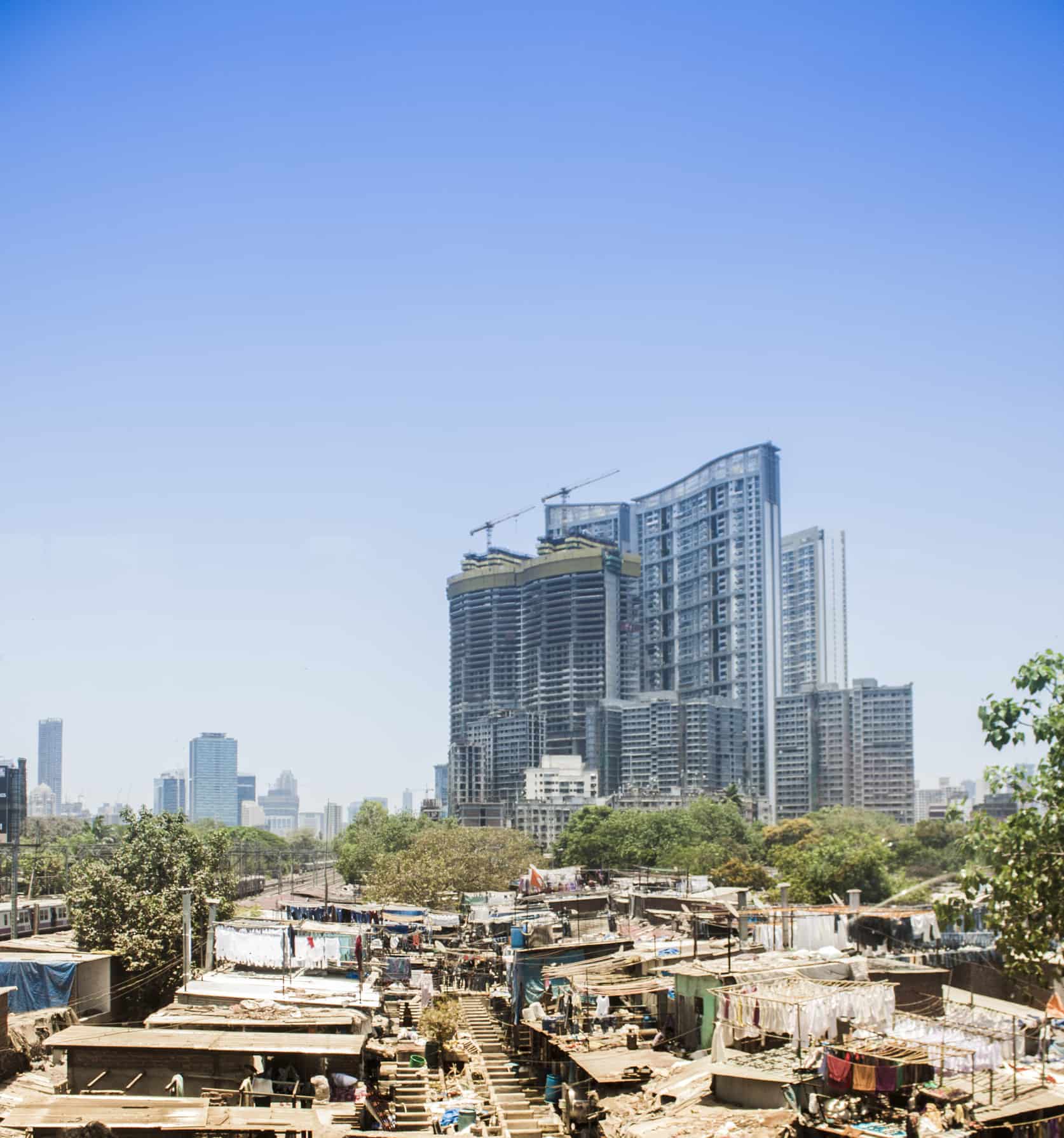 Concrete Problems and Solutions in India

We will describe the challenges that India faces in this article, but it should  be noted that the unique properties of ultra-high-performance concrete, or UHPC, easily meets these challenges. Cor-Tuf UHPC can be mixed, transported, and poured using industry-standard equipment. It has a lifespan of more than 150 years, is impervious to liquid, has a net usage weight at least 50 percent less, and has a compressive, flexural, and tensile strengths of up to ten times greater than traditional concrete.

Rapid development is not without setbacks. Indian infrastructure woes have manifested in a variety of structural collapses highlighted on newsreels throughout the country. Colonial English rail and road networks are deteriorating and need replacement. Dilapidated buildings can’t meet the safety or longevity expectations of modern residents. Frequent structure collapses are deadly, costly, and demoralizing. These factors are prompting India’s leaders to prioritize reliability for the next generation of major projects. Deadlines can’t compromise quality if India wants sustainable progress.

The sheer magnitude of India’s population presents challenges from the outset. Congestion in major cities induces heavy traffic on roadways and bridges, which exacerbates structural wear-and-tear, shortens design life, and threatens structural integrity altogether. Commutes are only becoming more common along with economic development. Cyclic loading patterns increase on existing structures, and demand for new transit may outpace the construction of new ones.

Large swaths of pedestrians are not easy to plan around. Groups of people gathered near a failing structure can face the worst impacts of major disasters. Bridge and building collapses have at times killed hundreds of people scrambling to leave the area. Government payouts are a small condolence for the victims. Massive risk profiles confront planners and contractors trying to perform projects in congested cities knowing how often India has confronted such incidents.

Space is at a premium in many cities. Traditional design options that rely on bulky reinforced concrete members are limited. Engineers seeking safe designs in areas of heavy traffic may need to innovate to accommodate smaller corridors. Safe strategies are not always able to meet the scale of demand.

Earthquakes are a factor. Movement of the Indian plate towards the Eurasian plate causes major earthquakes in India’s northern Himalayan regions of Delhi-National Capital Territory (NCT), western Gujarat, and Western Maharashtra. Tectonic movements affect major cities such as Mumbai, with active faults such as the “Panvel Zone,” and Kolkata, which is built upon alluvium soil and layered aquifers that can easily give in to liquefaction. Subcontinental migration towards Central Asia ultimately contributes to the formidable seismic activity in many of the nation’s geographies.

Climate also plays a role. Monsoon seasons bring heavy rains that can damage traditional concrete and erode a variety of landscapes. Regional exposures to mudslides and heavy flooding present significant liabilities to structural support schemes. With more extreme weather patterns forecast in the future, more attention must be paid to atmospheric stressors for initial construction and long-term maintenance. Foundations need to be strong, and resilient to environmental impacts.

All of these constraints are important considerations for India’s booming development. Structural integrity and maintenance will require these risks to be captured in the planning phase by construction and regulatory professionals.

Many incidents in India originate from inadequate construction materials. Most of India’s bridges, buildings, dams, roads, and railways are built with concrete. Suboptimal concrete has often led to disastrous consequences. Unsatisfactory core-test results, lower-than-expected compressive strength, and inadequate curing are examples of the concrete shortfalls identified in episodes of failure. Forensic engineers can point to a number of contributing factors, but poor concrete is often the root cause, even with the best design and installation approach.

Concrete failures can occur during construction or after many years of use. Bridges and overpasses in India have experienced high-profile collapses at every lifecycle stage, but whether it is the failure of a 20-year old reinforced pier cap, or a recently delivered precast box girder, low concrete quality has resulted in weak members and corresponding incident reports.

Corrosion, which has been observed in numerous incidents, is the result of bleed water quickly infiltrating to rebar because of India’s subtropical environment. Curing cannot always be performed to standard due to weather or water-source complications. Suboptimal reinforcement materials can also be a contributing factor, but even proper rebar can fail because of a poor concrete matrix surrounding it.

The tendency for water damage, deterioration, and other traditional performance failures are worsened by India’s development constraints and region-specific challenges. Porous foundations do not hold up well against torrential downpours that can last for months, as evidenced by seasonal building collapses. Repair of deteriorating structures has not been effective using methods of patching with like-concrete or grout, which quickly gives way to the same issues again. New construction and concrete repair stand to benefit from material that better resists water infiltration and other common problems such as spalling.

The space and volume of materials needed to accommodate large reinforced concrete members is not always available or practical in India’s burgeoning population centers. Designs using traditional concrete may dictate enormous features that simply cannot fit within the confines of an urban corridor. Less robust infrastructure may be installed instead, which faces the risk of higher-than-expected loading patterns and concrete collapse instead of bolstering an influx of new residents. Concrete that can achieve higher strengths in smaller volumes would serve these situations more effectively.

When considering the quality of concrete, it’s also important to understand the process in different settings. Developing economies may have unique supply chain and sourcing constraints. Localized mixing and batching techniques may be performed. Water may not be available in large quantities or of a desired quality. Contractors and suppliers may have different relationships and responsibilities in different regions. Each piece of the puzzle indicates that higher complexity is not ideal for India’s expanding scope of construction as it seeks to reconcile the constraints of rapid development with the needs of large-scale infrastructure. Solutions should be compatible with traditional construction techniques while achieving higher standards in the long run.

Engineers and regulators continue to improve standards and design codes with construction considerations in mind. Contractors are also seeking new strategies to reconcile India’s development constraints and the need for structural integrity, without sacrificing India’s ambitious infrastructure plans. Concrete quality will set leaders apart from followers in the upcoming periods of growth.

India’s construction sector employs as many as 49 million people with an annual growth of around 7 percent (barring COVID-19). High levels of public and private investment are poised to catapult the construction boom and its demand for concrete. This presents an opportunity for suppliers and contractors to garner large portfolios and establish new roles of leadership.

To meet the nation’s demands for heavy loading, compact framing, environmental resilience, and long-term safety, large firms are already looking at Ultra-High Performance Concrete (UHPC). Its promise is that of a differentiator to traditional concrete challenges that have plagued India’s structural track record. India can realize this promise with the help of domestic and international industry.

For example, ABG is a global construction conglomerate with a heavy presence in India, including its flagship cement company, Ultra-Tech. As the third-largest global concrete company outside of China, Ultra-Tech is in an excellent position to supply many of India’s new construction projects. The firm is also a founding member of the Global Cement and Concrete Association (GCCA), which is proactively influencing the industry and leading on socio-economic initiatives such as environmentally sustainable concrete supply.

Ultra-Tech began experimenting with UHPC in pursuit of new solutions at scale. Their objective was to find a stronger product that conforms well to established execution methods, while also being practical to procure and supply. Reducing the volume of concrete and steel rebar are also important to meeting market demands and reducing carbon footprint. Internal product research had mixed results, but the firm understands how UHPC can address development challenges in India and beyond.

Cor-Tuf’s UHPC attracted the attention of the Ultra-Tech management team because of its versatility and its ability to allow contractors and cement manufacturers to use their own sand and cement, drastically reducing the cost and complication usually associated with UHPC. Having already solved many problems typically encountered in adopting UHPC, Cor-Tuf offers an industry-leading combination of contractor-friendliness and technical performance. Real-world examples of seamless batching and mixing, consistently high internal strength, and its water-resistant matrix are all features that will position Cor-Tuf UHPC for success in India.

ABG/Ultra-Tech and other big players have a lot of work ahead in Indian construction. Improving concrete quality will go a long way toward meeting the infrastructure needs of the nation.