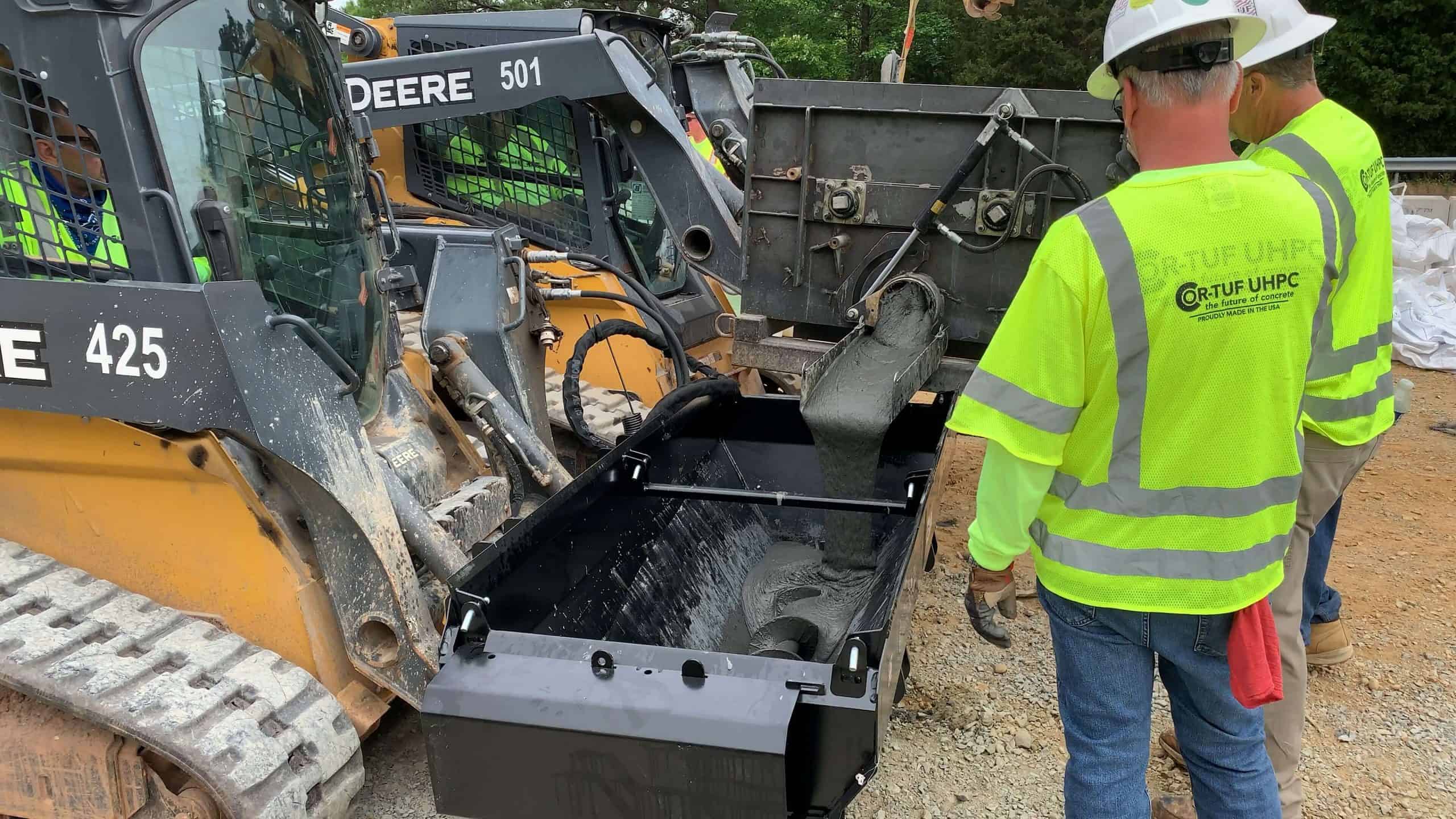 Cor-Tuf®️ UHPC, the exclusive licensed producer of Cor-Tuf Ultra High Performance Concrete (UHPC) in the United States and the world, is the ideal material to use in the Federal Government’s proposed $2 trillion plan to rehabilitate and upgrade the American infrastructure. And, thanks to our latest innovation—our UHPC mobile batch plant—Cor-Tuf UHPC can now be used anywhere and everywhere, without any special considerations or accommodations.

The proposed infrastructure plan includes $115 billion for much-needed work on America’s roads and bridges. Specifically, it calls for the repair of the ten most economically important U.S. bridges, as well as the repair of 10,000 smaller bridges throughout the country and the rebuilding of 20,000 miles of roads. Efforts to combat climate change are also built into the proposal, with the goal of making roads and bridges more resilient to damage from storms, floods, and fires.

The need for more investment in the country’s infrastructure is quite evident. In its 2021 Bridge Conditions Report, the American Road & Transportation Builders Association (ARTBA) discovered the sad state of America’s bridges. Highlights from the report include the following data:

The report also provides some state-by-state data. The states with the most bridges in poor condition as a % of their total bridge inventory are:

The states with the largest number of total bridges in poor condition are:

The American Association of State Highway and Transportation Officials now requires new bridges to be designed with a service life of 75 years or more, so bridge engineers and contractors have been turning to UHPC to meet these new requirements. Our proprietary UHPC concrete mix more than makes the grade.

Cor-Tuf UHPC can also be mixed and transported with conventional concrete equipment. It can be implemented on your next job without any special tools or training required. Our new mobile batch plant makes it even easier to work Cor-Tuf UHPC into the regular rhythm of any contracting situation, including the production of batch tickets.

Cor-Tuf founder and chairman, Douglas Darling, commented, “We can no longer put a band-aid on our bridges and roads. We need to fix the issue, once and for all. Cor-Tuf UHPC is the material to achieve this goal, which once seemed impossible.”

As the government’s plans for repairing the country’s ailing bridges and roads unfolds, we are confident that Cor-Tuf UHPC will play a critical role in the solution. This revolutionary UHPC is not only the future of concrete, but the future of building the American infrastructure.

Conventional concrete is all around us for a reason. Its workability and performance have been honed by construction crews for generations, used for everything from bridges to building columns to airport runways to two-seater park benches. The success of concrete is built on industry know-how and methods that work.