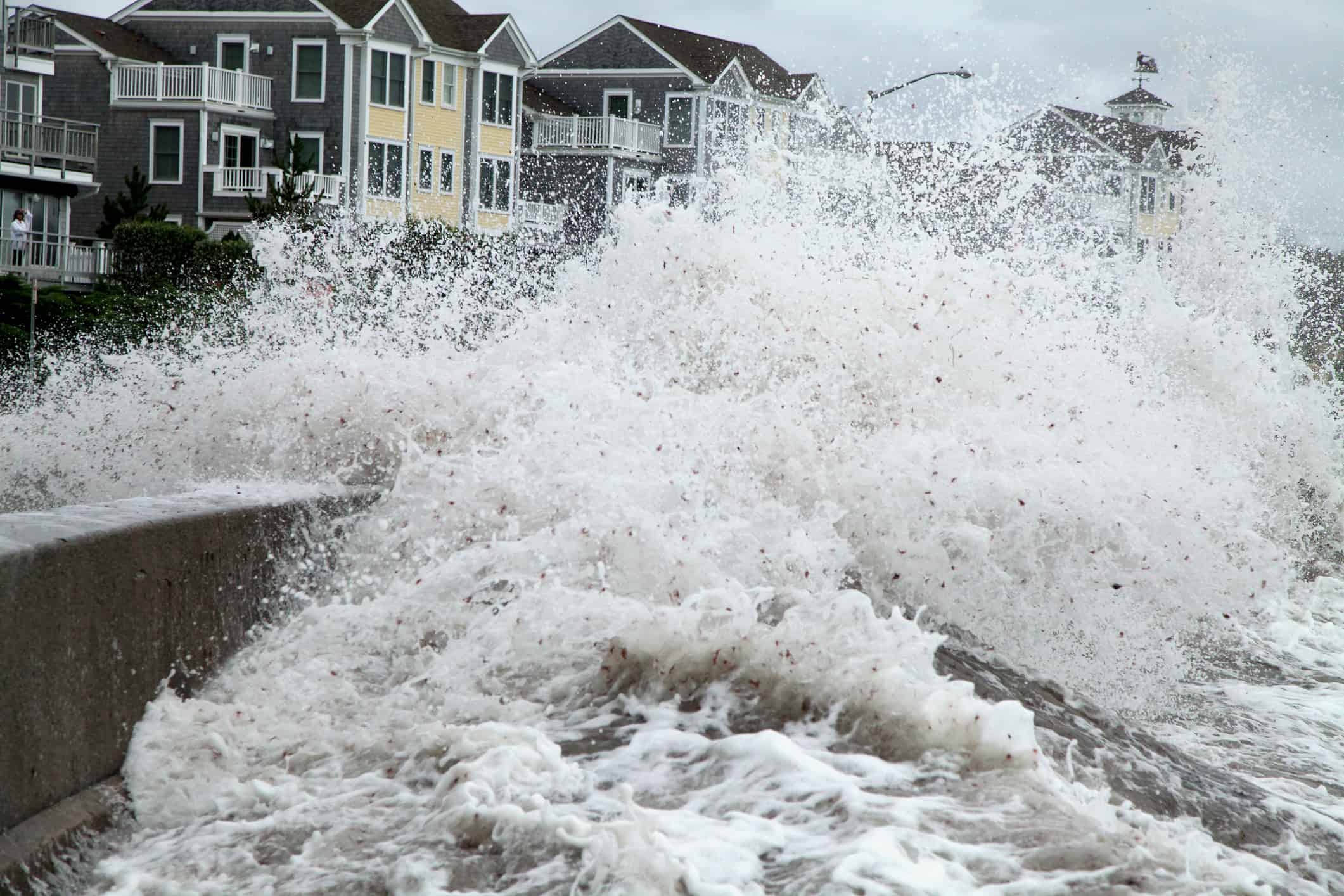 Concrete is used by contractors and builders for bridges and seawalls due to its strength and durability. Unfortunately, seawalls made of traditional concrete are not immune to the effects of seawater, and bridges constructed of regular concrete are proving to be incapable of withstanding the damaging winds and forces of hurricanes and other strong storms.

However, Cor-Tuf Ultra-High Performance Concrete (UHPC) is capable of withstanding hurricanes. This marine-grade concrete also doesn’t corrode or deteriorate in seawater, making it the best material to use in seawall design and construction.

The team at Cor-Tuf is dedicated to helping contractors and designers benefit from our revolutionary concrete mix. We do not believe that communities need to suffer from damage and destruction to bridges, seawalls, and other concrete structures due to violent storms and concrete salt damage.

As we all know, seawalls are structures built parallel to the shore to protect the shoreline from further erosion and wave action. They also serve as a defense against coastal flooding and storm surges. They are usually quite large in size, so they can protect the mainland area from rising sea levels.

When building a seawall, the size, depth, and salinity of the water is taken into account. Obviously, larger bodies of water and those with stronger currents and tides demand stronger, more durable seawall structures.

Water that is high in salinity will corrode traditional concrete more quickly. Shorelines that get a lot of boat traffic are also more susceptible to erosion and demand a more durable design.

It’s also important to consider the impact of seawall construction on the environment. Long construction times requiring large machinery cause more damage to the surrounding ecosystem.

Traditional concrete is not impervious to water. The chloride and sulfate ions in seawater get into the reinforced steel embedded in the concrete and cause corrosion. Once exposed to the chloride ions, other factors such as availability of oxygen, pH, and temperature contribute to the rate at which corrosion occurs.

Additionally, when two different embedded metals within concrete come into contact with each other, it can also cause corrosion as one metal reacts with the other. The steel begins to rust, causing it to expand. This, in turn, causes cracking and spalling in the concrete structure.

We all know water expands when it freezes. When water freezes inside moist concrete, it creates pressure. If this pressure becomes greater than the tensile strength of the concrete, it results in expansion and cracking.

Deterioration of traditional concrete begins in as little as 28 freeze/thaw cycles. Adding to the problem, deicing chemicals can actually exacerbate freeze/thaw damage, as the salt in these mixtures absorbs moisture and makes the concrete more saturated.

In addition to damage from saltwater, coastal storms deliver another blow to seawalls and bridges in the form of violent winds and rising sea levels. As with most things in 2020, the hurricane season is also shaping up to be one for the record books. More storms have been named by this point in the season than during any previous Atlantic hurricane season.

Hurricanes inflict damage on all types of structures, and concrete bridges are no exception. There have been some shocking news stories demonstrating the damage strong storms can inflict on traditional concrete bridges.

In Pensacola, Florida, an older bridge made of traditional concrete had deteriorated from saltwater damage. It was being replaced with a new bridge (again made of traditional concrete) when Hurricane Sally hit. A portion of the bridge actually collapsed due to the storm. Strong winds loosened construction barges, which collided with the new structure. A short video of the damage inflicted by the storm and barges can be seen here. An entire section of the bridge was missing, resulting in more than 40 people needing to be rescued.

The traditional methods of concrete construction are simply not capable of holding up to the severity of hurricanes and other natural disasters. We need a better solution.

Cor-Tuf UHPC is a corrosion-resistant concrete that stands up to the conditions of seawater and the pelting rain and gale-force winds of hurricanes. While we have written about the use of Cor-Tuf UHPC in bridge construction before, you may not be familiar with our seawalls.

Since the wall is made entirely of Cor-Tuf UHPC, all of the usual benefits of superior strength, durability, and flexibility make these walls exceptional. The material is, without a doubt, the best choice for bridge and seawall design and construction.

UHPC can absorb three times greater energy than regular concrete. With a compressive strength of 30,000 pounds per square inch (psi), structures built with UHPC can withstand a greater overload and have even been shown to perform well in earthquake simulations.

Leveraging Cor-Tuf UHPC in both new bridge construction and in bridge reconstruction and repair projects can reduce the damage inflicted by strong winds, flying debris, and any other objects that may collide or hit the bridge structure during a severe storm. A stronger, more durable bridge not only saves lives, but also decreases the costs associated with storm aftermaths.

But the advantages of Cor-Tuf UHPC don’t stop there. When you use Cor-Tuf UHPC for bridge and seawall construction, you also reap the benefits of low-impact design and significant cost savings over the life of a project.

The basis for the Cor-Tuf UHPC sea wall system consists of driven H-pilings connected by thinner sheet piles that slide into the gaps in the H slot on either side. When used alone, the system represents a solution that requires minimal site disturbance and zero excavation for additional tie-back support.

Your crew can show up on day one with little to no site prep and start pounding H-pilings and panels into the ground. This is a stark contrast to the typical scenario requiring extensive excavation prior to installation.

Cor-Tuf UHPC seawalls and bridges can also be installed using smaller machinery and less equipment, since the components are precast and lighter in weight. It becomes possible to go into sensitive ecological areas that have stringent requirements and install a seawall or bridge to protect humanity and the environment.

Cor-Tuf UHPC is lighter in weight and requires less footing and support. As a result, fewer components are needed overall, more components can fit on a truck, and fewer trucks are needed for transport.

All of these elements add up to substantial critical path savings. A condensed construction schedule saves time and resource expenditure. The reduced maintenance requirements of Cor-Tuf UHPC pile on the cost savings throughout the life of the structure.

We simply cannot afford to just react to storms only after they happen. We need to take a proactive approach to storm protection. The same applies to concrete structures in marine environments. Structures not only need to last, but they also must be built in a way that reduces the impact on the environment.

The team at Cor-Tuf UHPC is focused on sustainable solutions to these issues. Our proprietary UHPC mix contains all of the qualities needed to create bridges and seawalls that will stand up against severe storms and the constant beating of seawater, and they can be built using low-impact design. Now is the time to be proactive in bridge and seawall construction, so we can save lives, costs, infrastructure, and the environment.