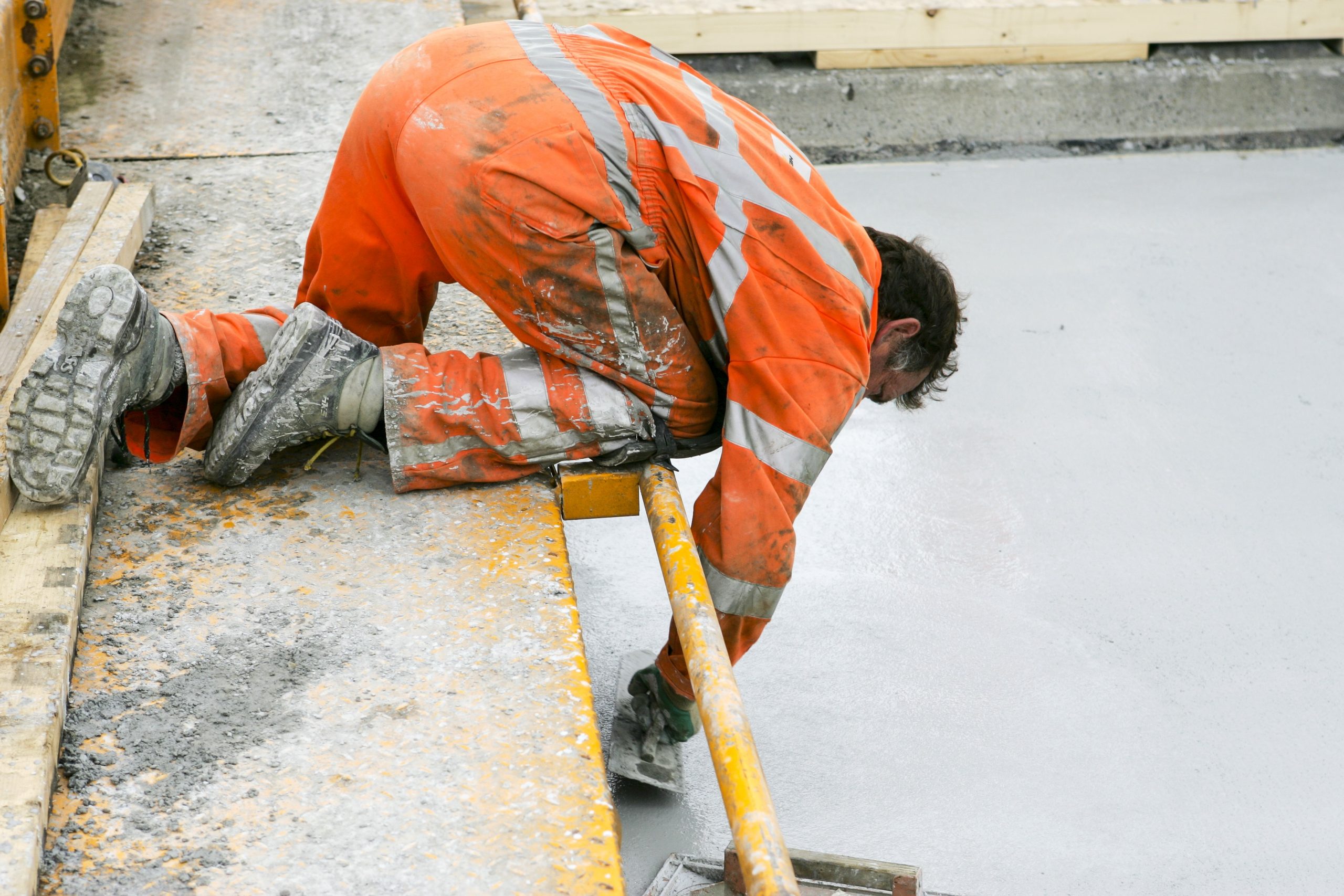 Everything You Need To Know About Concrete Strength

Concrete is considered by many to be a strong and durable material, and rightfully so. But there are different ways to assess concrete strength.

Perhaps even more importantly, these strength properties each add different qualities to concrete that make it an ideal choice in various use cases.

Here we take a look at the different types of concrete strength, why they matter, and how they impact the quality, longevity, and cost of concrete projects. We also demonstrate the differences in strength between traditional concrete and a newer, innovative concrete technology—Ultra-High Performance Concrete (UHPC).

Terminology: Concrete strength properties and why they are important

This is the most common and well-accepted measurement of concrete strength to assess the performance of a given concrete mixture. It measures the ability of concrete to withstand loads that will decrease the size of the concrete.

Compressive strength is tested by breaking cylindrical concrete specimens in a special machine designed to measure this type of strength. It is measured in pounds per square inch (psi). Testing is done according to the ASTM (American Society for Testing & Materials) standard C39.

Compressive strength is important as it is the main criteria used to determine whether a given concrete mixture will meet the needs of a specific job.

Pounds per square inch (psi) measures the compressive strength of concrete. A higher psi means a given concrete mixture is stronger, so it is usually more expensive. But these stronger concretes are also more durable, meaning they last longer.

The ideal concrete psi for a given project depends on various factors, but the bare minimum for any project usually starts around 2,500 to 3,000 psi. Each concrete structure has a normally acceptable psi range.

Concrete footings and slabs on grade typically require a concrete of 3,500 to 4,000 psi. Suspended slabs, beams, and girders (as often found in bridges) require 3,500 to 5,000 psi. Traditional concrete walls and columns tend to range from 3,000 to 5,000 psi, while 4,000 to 5,000 psi is needed for pavement. Concrete structures in colder climates require a higher psi in order to withstand more freeze/thaw cycles.

Compressive strength is usually tested at seven days and then again at 28 days to determine the psi. The seven-day test is done to determine early strength gains, and in some cases, it may even be performed as early as three days.

But the concrete psi is based on the results from the 28-day test as noted in the American Concrete Institute (ACI) standards.

Tensile strength is the ability of concrete to resist breaking or cracking under tension. It affects the size of cracks in concrete structures and the extent to which they occur. Cracks occur when tensile forces exceed the tensile strength of the concrete.

Traditional concrete has a significantly lower tensile strength as compared to compressive strength. This means that concrete structures undergoing tensile stress must be reinforced with materials that have high tensile strength, such as steel.

The split tensile strength of concrete is determined using a split tensile test on concrete cylinders. The test should be performed according to the ASTM C496 standard.

Flexural strength is used as another indirect measure of tensile strength. It is defined as a measure of an unreinforced concrete slab or beam to resist failure in bending. In other words, it is the ability of the concrete to resist bending.

Flexural strength is usually anywhere from 10 to 15 percent of the compressive strength, depending on the specific concrete mixture.

There are two standard tests from ASTM that are used to determine the flexural strength of concrete—C78 and C293. Results are expressed in a Modulus of Rupture (MR) in psi.

Flexural tests are very sensitive to concrete preparation, handling, and curing. The test should be conducted when the specimen is wet. For these reasons, results from compressive strength tests are more typically used when describing the strength of concrete, as these numbers are more reliable.

Other factors contributing to the strength of concrete include:

This refers to the ratio of water to cement in the concrete mixture. A lower water-to-cement ratio makes for a stronger concrete, but it also makes the concrete more difficult to work with.

The right balance must be struck to achieve the desired strength while maintaining workability.

Traditional concrete is made of water, cement, air, and an aggregate mixture of sand, gravel, and stone. The right proportion of these ingredients is key for achieving a higher concrete strength.

A concrete mixture with too much cement paste may be easy to pour—but it will crack easily and not withstand the test of time. Conversely, too little cement paste will yield a concrete that is rough and porous.

Optimal mixing time is important for strength. While strength does tend to increase with mixing time to a certain point, mixing for too long can actually cause excess water evaporation and the formation of fine particles within the mix. This ends up making the concrete harder to work with and less strong.

There is no golden rule for optimal mixing time, as it depends on many factors, such as: the type of mixer being used, the speed of the mixer rotation, and the specific components and materials within a given batch of concrete.

The longer the concrete is kept moist, the stronger it will become. To protect the concrete, precautions must be taken when curing concrete in extremely cold or hot temperatures.

A new concrete technology is available that has greater strength properties than traditional concrete across all strength ranges. This innovative material is called Ultra-High Performance Concrete (UHPC), and it is already being implemented in many state and federal government infrastructure projects given its exceptional strength and durability.

UHPC is very similar to traditional concrete in its composition. In fact, roughly 75 to 80 percent of the ingredients are the same.

What makes UHPC unique are integrated fibers. These fibers are added to the concrete mix and account for 20 to 25 percent of the end product.

The fibers vary from polyester to fiberglass bars, basalt, steel, and stainless steel. Each of these integrated fibers create a progressively stronger end product, with steel and stainless steel delivering the greatest gains in strength.

Here is a closer look at how UHPC compares to traditional concrete:

Other benefits of UHPC include:

It is no surprise that UHPC is being used in many American infrastructure projects to repair the country’s aging bridges and roads. The material increases the lives of bridges, decreasing the overall lifecycle cost of these structures. UHPC has lower maintenance demands given its increased lifespan, further contributing to its lower lifetime cost.

Ideal uses for UHPC include:

Concrete innovations such as UHPC outperform traditional concrete in all areas of strength, making it a smart choice for any and all concrete projects. The reduced maintenance and increased longevity of UHPC delivers a win-win of superior strength and lower lifecycle costs.

Photo provided by Peter Buitelaar Consultancy and design by FDN in Eindhoven the Netherlands.