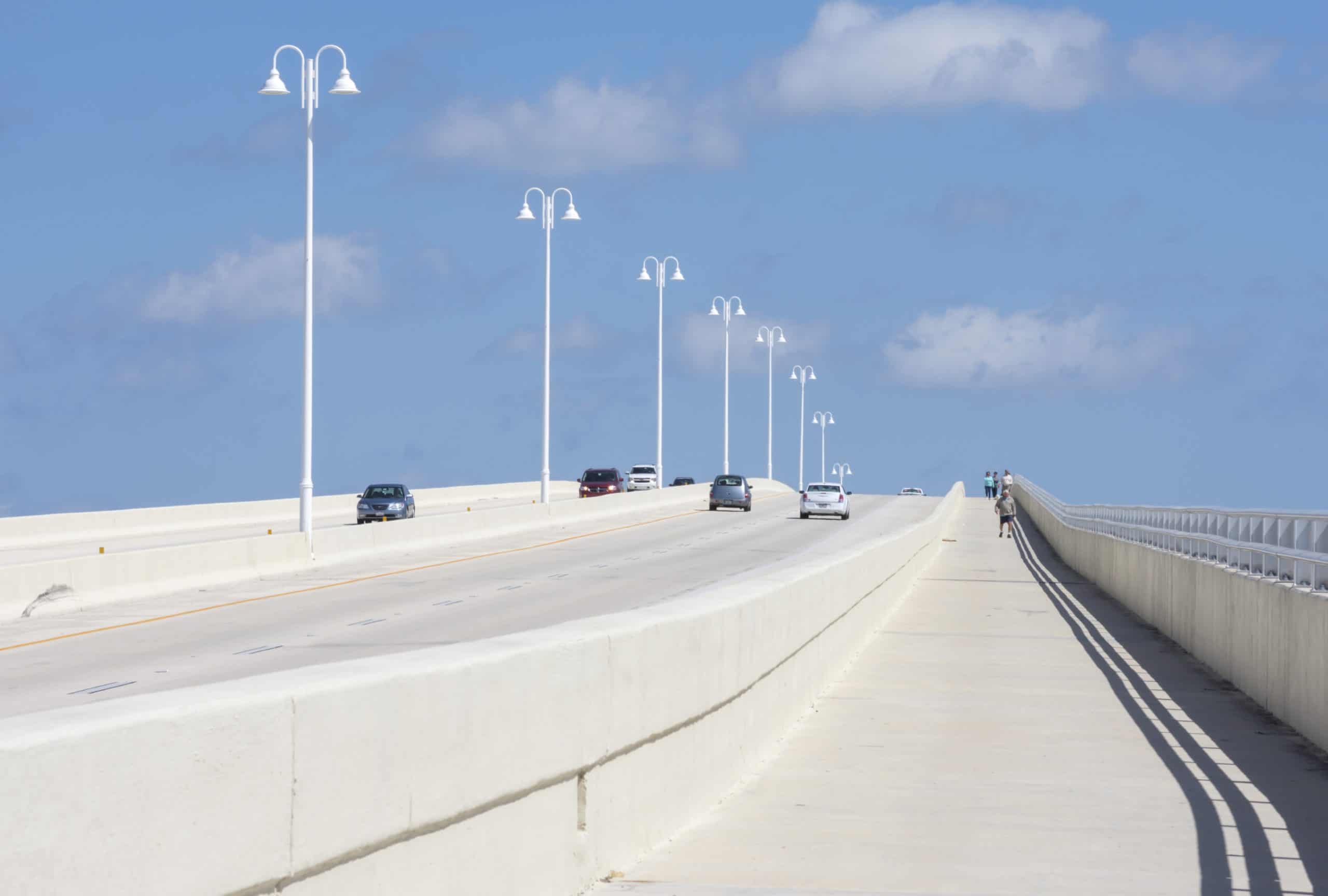 The use of concrete overlays has continued to rise in recent years, growing from roughly 3 to 4 percent of the concrete pavement placed across the country in 2005 to now hitting an average of more than 12 percent.

The use cases for concrete overlays has also expanded beyond just roads and bridges to include airport runways and industrial areas. The Federal Highway Administration (FHA) has even listed Targeted Overlay Pavement Solutions (TOPS) in the latest round of Every Day Counts (EDC), EDC-6 Innovations for 2021 – 2022.

Let’s take a closer look at the main benefits of concrete overlays and then how Ultra High Performance Concrete (UHPC)—and particularly our proprietary Cor-Tuf UHPC mix—raises the bar when it comes to ROI on concrete overlay projects.

The benefits of concrete overlays for roads and bridges

In addition to TOPS, EDC-6 also lists UHPC for bridge preservation and repair among the 2021 – 2022 innovations. The use of UHPC for concrete bridge deck overlays is specifically mentioned as a way to extend the service life of bridges well beyond what traditional repair methods can deliver.

UHPC can deliver more than 2,000 psi in flexural strength. Traditional concrete normally has a flexural strength of 400 to 700 psi. This greater flexural strength allows UHPC to actually move and flex with traffic-induced vibrations and temperature changes. As a result, the bond with the substrate retains its adhesive qualities, resulting in the virtual integration of the two layers with the supporting structures.

UHPC can be used anywhere traditional concrete can be applied, but with added strength and durability.

UHPC delivers incredible strength and stiffness, so a thin concrete overlay can be used without sacrificing durability and longevity. You get a superior product with less material. Two inches of Cor-Tuf UHPC is stronger than ten inches of traditional concrete overlay.

Long-term cost savings (yet an even better ROI)

It is also less expensive to perform a UHPC overlay on a bridge deck when compared to a complete bridge deck replacement. Since UHPC concrete overlays vastly improve the longevity of roads and bridges, a UHPC overlay is a more cost-effective solution.

Bridges in particular are susceptible to damage from water and salt, which seep in through the bridge deck. From there, they make their way into the beams and weaken the entire understructure of the bridge. UHPC (especially Cor-Tuf UHPC) stops this process in its tracks.

UHPC is impervious to water and extremely resistant to environmental degradation from salt and other damaging substances. Using a UHPC concrete overlay on a new bridge prevents this deterioration from happening. You can also increase the longevity of existing bridges in need of repair by repairing the beams and installing a concrete overlay made of UHPC. You avoid the cost and downtime of a full reconstruction and extend the life of the bridge well beyond what a traditional concrete overlay can accomplish.

With any concrete overlay work, the substrate needs to be properly prepared. If it lacks integrity, the overlay won’t last as long. A benefit of UHPC, however, is that it is so much stronger than traditional concrete that it takes more pressure and slack off of the underlay. While you still want to properly prep the underlay, UHPC does provide a little more “wiggle room” in the integrity of the underlay itself, making substrate preparation easier.

A main concern with concrete overlay projects is how well the overlay adheres to the substrate. UHPC is an extremely adhesive material. Cor-Tuf UHPC bonds very well, especially if you moisten the surface ahead of time. It behaves in a fashion similar to an epoxy in terms of its bonding qualities, drastically reducing any worries over bond strength with UHPC concrete overlay work. Additionally, shrinkage is virtually non-existent during and after the curing process, further enhancing the effectiveness of the bond.

Concrete overlays done on bridges often involve work on a sloped surface, making it important to use a thicker mix. It is possible to make a thixotropic UHPC mix ideal for overlay work. The thixotropic UHPC mix retains its shape once poured. It remains in a pile until energy (usually through vibrations) is applied to it. You can actually build the slope into the guides used with the overlay machinery.

There are a number of UHPC concrete mixes on the market. While they all deliver some of the benefits we just described, they are certainly not all created equal.

In fact, we have spoken to contractors who have used other brands of UHPC for concrete overlay work. They have found some UHPC mixes difficult to work with. We’re pleased to say they are making the switch to Cor-Tuf UHPC simply because it delivers the same benefits but is so much easier to mix, transport, and pour.

Cor-Tuf UHPC is compatible with all industry standard production techniques, from large-scale precast facilities to small, cast-in-place applications. It has a 100-year product lifespan, making it capable of greatly extending the life of roads and bridges when used as an overlay material.

We like to describe our proprietary UHPC mix as contractor-friendly. Cor-Tuf UHPC can be mixed and poured just like traditional concrete using conventional construction equipment. It has been successfully poured into and out of ready mix trucks, Tuckerbilt dispensers, volumetric truck-mounted mixing and delivery systems, skid-steer auger buckets, and all types of conventional wheelbarrows, buckets, and buggies.

Your crew doesn’t need to learn how to use any new machinery or new techniques in order to use Cor-Tuf UHPC. They can start using this innovative concrete material right away.

Other benefits of Cor-Tuf UHPC over other UHPC mixes are:

As the use of concrete overlays on roads and bridges continues to increase and government agencies express their support for this approach, contractors have much to gain from exploring the best options when it comes to overlays. Cor-Tuf UHPC maximizes ROI with its superior strength and durability. Save money, reduce your environmental impact, and improve the longevity of roads, bridges, and seawalls with the only UHPC mix that delivers the highest quality and ease of use.