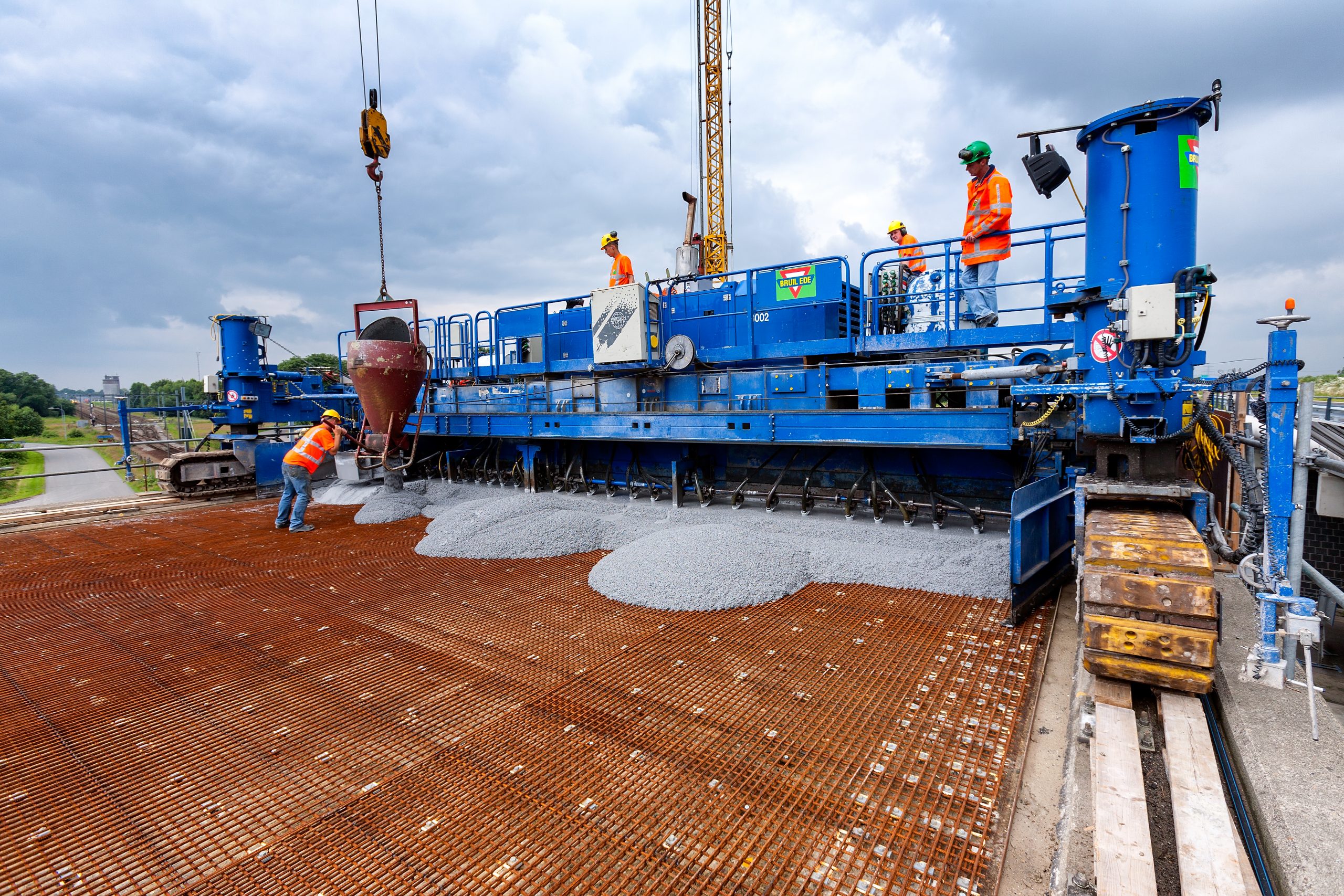 Disturbing as it may be, security is something we now grapple with on a daily basis. Protection from both intruders and blasts have now become part of the planning and design process in many infrastructure projects, from buildings to bridges and beyond.

Ultra-High Performance Concrete (UHPC) has been shown to add a significant layer of security to projects where blast potential or physical intrusions pose a threat to peace and harmony. Numerous studies over the past few years have clearly demonstrated the increased security afforded by this innovative concrete material.

Learn more about what makes UHPC a blast-proof concrete and dig deeper into the tests that back this up.

What makes UHPC a blast-resistant concrete

There are many characteristics of UHPC that make it superior to traditional concrete. When it comes to blast resistance and security, the following attributes make UHPC valuable to infrastructure projects:

Ductility—Unlike regular concrete, UHPC can be stretched out into thinner sections under tensile stress.

Impact resistance—UHPC can absorb three times greater energy than regular concrete. Under impact loading, UHPC has been shown to be twice as strong as regular concrete and dispersed up to four times as much energy.

The results proved that beams made from UHPC can resist greater blast loads than those made from traditional concrete. Additionally, when UHPC is combined with high strength reinforcement, the blast resistance is even greater.

Blast behavior of one-way panel components made of UHPC

In this experiment, three one-way slabs were tested for blast resistance and damage tolerance. Two of the beams were made of UHPC, while the third was made of traditional concrete.

This study looked at the performance of UHPC under a close-range blast, testing materials with different fiber contents. The results showed that increasing fiber content improves blast resistance. The UHPC also displayed minimal fragmentation as opposed to traditional concrete, displaying yet another benefit in a blast situation.

UHPC for blast and ballistic protection

This study focuses on the application of UHPC for construction of larger structures and objects used in security situations, such as protective walls and bunkers. Researchers examined different UHPC compositions, including the type and amount of fiber reinforcements used.

Effect of design parameters on the blast response of UHPC columns

Eight columns (some made with traditional concrete and some made with UHPC) were tested with simulated blast loading. In addition to concrete type, the study also looked at additional qualities, such as fiber properties, fiber content, transverse reinforcement, and strength.

Columns made with UHPC were more resistant to damage and showed less displacement when subjected to blasts. The use of UHPC has the ability to eliminate secondary blast fragments, further enhancing human safety. Blast resistance improved even more when the fiber content of the UHPC was increased from two to four percent.

Testers looked at the impact of 14.5 mm bullets and TNT explosives on UHPC samples. The TNT was embedded within the samples at different depths to determine the effect it would have on damage.

The results showed that steel fibers and basalt coarse aggregates within the UHPC composition improved penetration resistance, proving that the specific composition of the UHPC is important when it comes to blast mitigation.

As the studies show, the composition of UHPC does directly correlate to the level of blast resistance and protection provided. Contractors, builders, and engineers, when designing and building for security purposes, must be sure to use a UHPC product that offers maximum protection.

Cor-Tuf UHPC is a proprietary mix of UHPC developed by the U.S. Army Corps of Engineers. It was developed specifically to fill a need for a stronger and more resilient material to protect personnel and weapons facilities from blasts and intrusions without breaking the bank.

Perhaps most importantly, Cor-Tuf UHPC can be engineered into a unique mix design to meet the needs of any security project. Increases in strength come from the proprietary combination of integrated fibers worked into the mix.

A variety of fibers can be used to achieve desired strength delivering maximum blast protection. Cor-Tuf UHPC separates itself from other UHPC products in this space by honing and refining the proprietary constituents which make up roughly 20 percent of its total composition (including fiber). Strict quality control procedures ensures you get the exact mix needed.

Cor-Tuf provides a combination of high strength and superior energy-absorbing capacity against blast and ballistic penetration. The characteristics of this material make it suitable for a number of security and safety-related uses, including:

After a rigorous application process, Cor-Tuf was selected as the exclusive licensed producer of the patented Cor-Tuf UHPC material for both government and private sectors. Cor-Tuf is proud to make this innovative concrete technology available for all concrete projects, but especially for those structures requiring added protection from blasts and intrusions.

We are currently working with several military and government entities on protective devices to make buildings and other structures more secure. We are excited to be able to provide increased security and blast protection with Cor-Tuf UHPC, and we look forward to continuing our work to make our nation safer.

** Peter Buitelaar Consultancy and design by FDN in Eindhoven the Netherlands