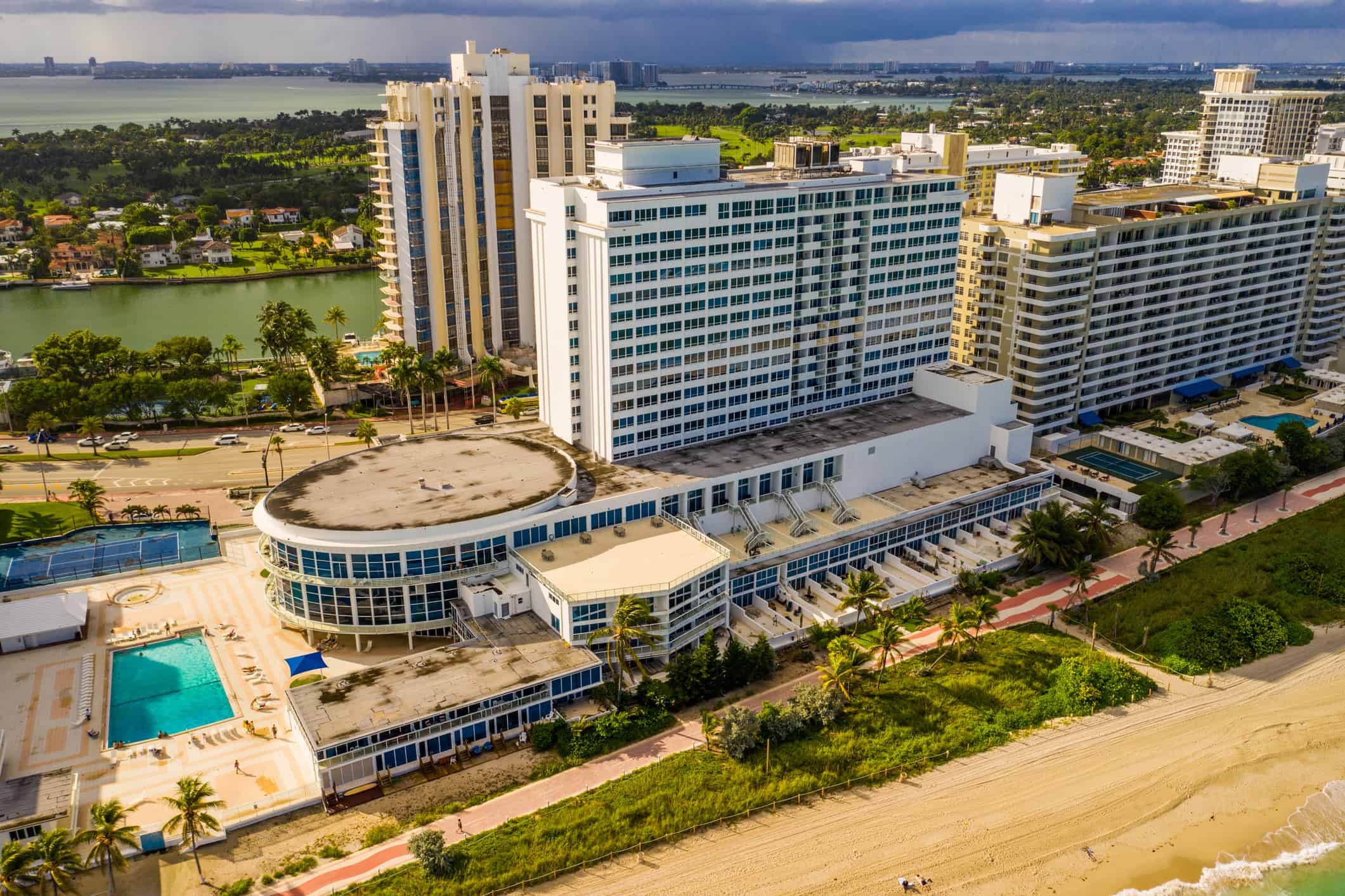 July 19, 2021 – Manassas, Virginia – Cor-Tuf UHPC chairman Douglas Darling is adamant that the Miami condo collapse didn’t have to happen. “People didn’t need to die,” says Darling. “New, available concrete technology is impervious to water and chemicals, and can be used to repair failing, traditional concrete, and to build new structures that will not fail.”

As Darling points out, though, the hard truth is that what happened in Miami didn’t have to happen. “It’s important that everyone understands how concrete fails, and why,” Darling says. “If construction teams take advantage of newer concrete technologies, this kind of disaster never has to happen again.”

Why and How Concrete Fails

Traditional concrete is porous. Concrete absorbs the fluids, chemicals, and gases in its environment. For example, salted roads and seaside structures are an obvious danger to concrete. The chemicals leach into the road surface, reach the steel rebar inside the concrete, and the deterioration process begins. At first it is not visible, but as the rebar rusts and expands, the problems finally reach the surface and are obvious even to the naked eye.

“Concrete spalling” is the term used to describe what we see when the concrete starts to flake and chip. When the spalling is this evident, the integrity of the structure has already been compromised from within.

The good news is, already-damaged concrete can be repaired with a more advanced concrete, protecting it from further damage. Even better, structures built from the start with a proven, non-porous concrete will not have these deterioration problems.

UHPC is immune to spalling, scaling, discoloration, crazing, bugholes, honeycombing, buckling, curling, efflorescence (crystallized salts that remain on the surface of the concrete after water evaporates), and pop outs (sections that pop out of a surface, usually due to freeze/thaw cycles).

Cor-Tuf UHPC was developed originally by the US Army Corps of Engineers; Cor-Tuf is the exclusive licensee of the material in the United States. Both the Corps and Cor-Tuf have conducted numerous tests on the strength and longevity of the material. One long-term test conducted by the Army Corps of Engineers involves blocks of UHPC concrete that have been sitting in the surf of the North Atlantic for 25 years.

“Samples taken of this concrete have shown no deterioration so far,” says Darling. “Chloride ion salt has not penetrated more than 5 millimeters into the surface of the material, in spite of the constantly crashing waves and somewhere in the neighborhood of 3,000 freeze/thaw cycles.” Traditional concrete starts to deteriorate after 28 freeze/thaw cycles.

Cor-Tuf UHPC doesn’t require rebar; the structural materials are steel fibers that are .008 inches in diameter and .5 inches long. Cor-Tuf UHPC uses 80 percent of the same materials as traditional concrete. But the other 20 percent includes the addition of nanomaterials, which eliminate the holes that exist in traditional concrete. These nanomaterials are so small that molecules can’t permeate them.

These nanomaterials are also not contiguous within the concrete. “In fact, they prevent continuous pathways or pores by chemically binding with their fellows, and physically blocking any ingress,” says Darling. “This is indeed one of the most beautiful aspects of the material.”  Any fluid that did get in would not follow lines of weakness. If you look at traditional concrete under a microscope, you can see contiguous lines running through the concrete, which makes it easier for water and chemicals to course through the concrete and start to destroy it from within.

These differences eliminate the problems that so many concrete structures are now experiencing. The Miami condo, the Washington, DC pedestrian bridge that collapsed, and the closed I-40 Mississippi River bridge are all recent examples. Unfortunately, they are the tip of the iceberg.

Cor-Tuf UHPC can be used to repair traditional concrete. This is done by first removing the bulk of the damaged concrete, then filling in the area with Cor-Tuf UHPC. “Fresh, uncured Cor-Tuf UHPC is extremely adhesive,” says Darling. “It bonds with incredible tenacity to the remainder of the structure made with traditional concrete. No additional adhesives or processes are necessary. All that is needed is a clean, dust-free moistened surface.”

Here is how Cor-Tuf UHPC stacks up against traditional concrete:

UHPC has been around—and used—for decades. But until the Cor-Tuf version was brought to market, UHPC was lacking in one important area: contractor convenience. Special methods and processes were required to use it, limiting its appeal.

“Knowing what we know about concrete and what a difference UHPC can make to all concrete structures, we’ve done everything we can to make it easy for contractors and construction workers to use Cor-Tuf UHPC,” says Darling.

The result is a product that can be mixed, transported, and poured using all of the traditional concrete-processing methods. “We’ve even created a mobile batch plant that prints out industry-standard ‘tickets’ that describe how and when the concrete was made,” says Darling.

We are well past the time for the construction industry to adapt to a more superior material. Forty years ago, when the Miami condo was built, UHPC technology was not available. But now it is.

It is now possible for contractors, architects, and engineers to specify a concrete that will last for more than 100 years. They can design and build concrete structures with a clear conscience. Best of all, terrible disasters like the Miami condo collapse will never happen again.

Cor-Tuf UHPC was founded in 2016. The company is the exclusive licensed producer of Cor-Tuf Ultra-High Performance Concrete (UHPC) in the United States. Cor-Tuf UHPC is the first mass-production ready UHPC concrete that delivers ten times the compressive strength of conventional concrete. It is the premier material for Low Impact Design (LID). It provides the same performance and strength as steel with smaller components and a lower total lifecycle cost. This innovative concrete is impervious to water, demonstrates superior freeze/thaw resistance, and has a longer useful life of more than 100 years. Cor-Tuf UHPC is replacing traditional concrete and steel in such projects as bridge construction and repair, precast concrete deck panels, H-pilings, and field-cast connections between prefabricated bridge components. Cor-Tuf®️ Is a registered trademark of ICCS, LLC. For more information, visit https://cor-tuf.com.