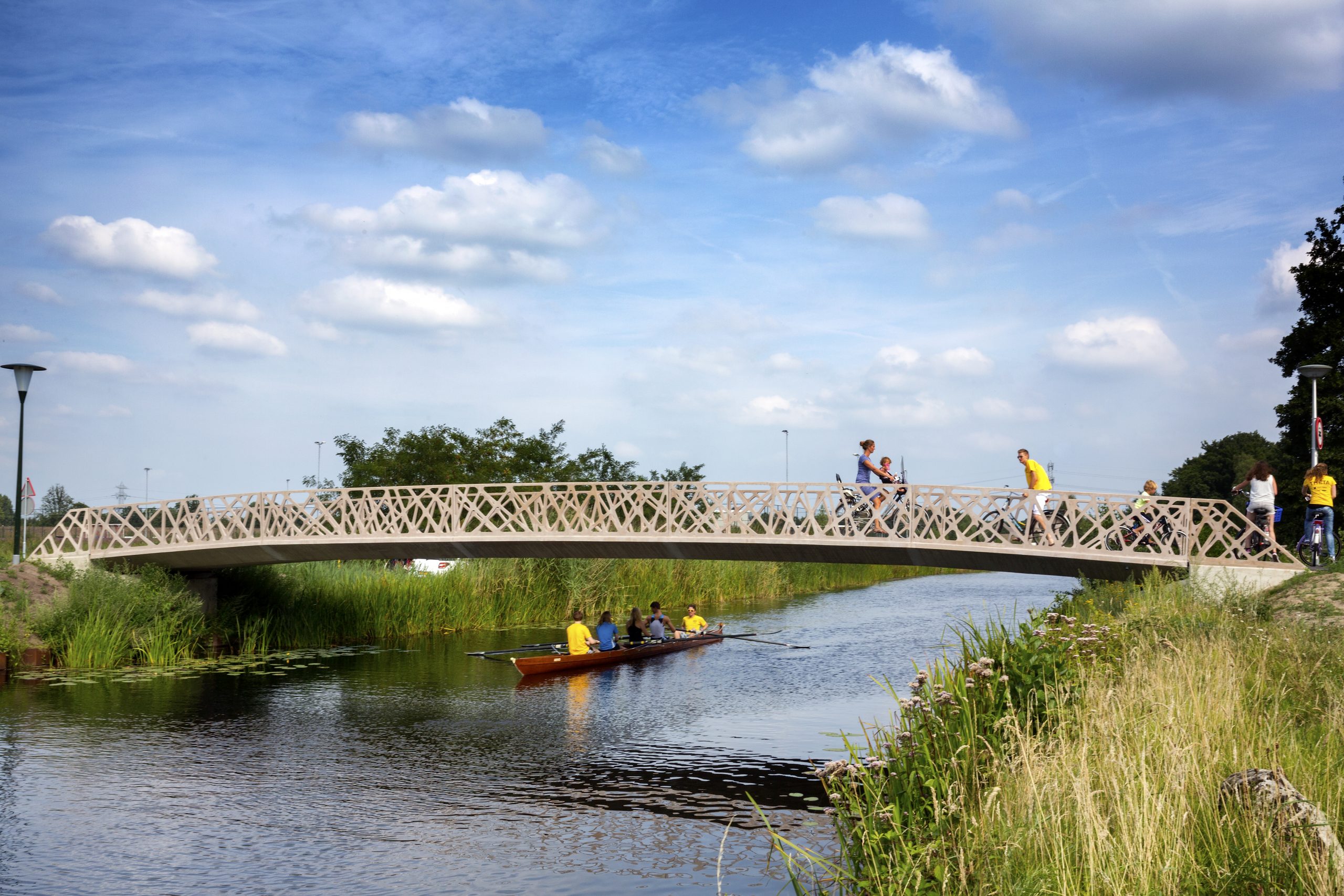 The American Society of Civil Engineers (ASCE) produces a report card every four years grading the condition and performance of the American infrastructure. The latest report card was released in 2017, and the overall grade given to America was a “D+.” This is the same low grade the country received four years earlier, in 2013.

The two areas where UHPC is being increasingly used (and strongly encouraged by the government) are bridges and roads. Both bridges and roads received the same grades in both the 2013 and 2017 report cards, which means it is time for a change. UHPC delivers that change.

Let’s take a closer look at the state of America’s bridges and roads, the Trump infrastructure plan, and how Ultra-High Performance Concrete will play a leading role in raising the grade for American infrastructure.

The state of American infrastructure

Estimates from the U.S. Department of Transportation state it will take up to $1 trillion to bring the American interstate and highway systems to the levels of quality where they should be. The 2018 Deficient Bridge Report from the American Road & Transportation Builders Association (ARTBA) found that more than 54,000 of the 612,677 bridges in the United States are considered “structurally deficient.”

The bad news gets worse, as the rate at which these deficient bridges are being repaired is actually slowing down slightly, with ARTBA finding a 0.2 percent decrease. At this rate, it would take 37 years to repair all of these bridges.

With vehicles traveling across these deficient bridges 175 million times every day, this pace of improvement is simply unacceptable. According to the ARTBA report, the states with the most structurally deficient bridges are:

The states with the least number of deficient bridges are:

Another study conducted by CNBC on America’s Top States for Business looked at various categories to grade states. Infrastructure is one of the most valuable areas in the study, worth 400 out of a total of 2,500 points each state can earn. The infrastructure score is based on items such as deficient bridges, commute time to work, and access to major airports.

Here is a list of the top ten states with the best overall infrastructure score. The corresponding percentage score listed for each state refers specifically to the percentage of structurally deficient bridges in that state.

America’s roads are not looking much better, receiving a grade of “D” on the 2017 Infrastructure Report Card. According to the report, the U.S. highway system has not received the necessary funding for maintenance and repairs for quite some time.

The result is a $836 billion backlog in needed repair work. Roughly half of this backlog ($420 billion) is required for highway repair, and $123 billion is needed for bridge repair.

Repairs must be done, and safety is not the only reason. Other benefits of bridge and road repair include:

The Federal Highway Administration (FHWA) estimates that these benefits deliver $5.20 in cost savings for every $1 spent on road, highway, and bridge repair.

$200 billion of that money would come from federal spending, while the remainder would come from state and local governments. This is in line with it becoming more common for states to take responsibility for infrastructure funding over the past few years, and it asks states to speed up that process even more. The money would be spent on incentives to local governments and businesses, projects that have national significance, rural block grants, and other infrastructure projects.

Outside of spending, the plan also calls for a reduction in the time it takes to grant permits for infrastructure projects. Federal permitting often takes five to ten years, and the goal is to reduce this to two years by placing one federal agency in charge of reviews.

The Trump infrastructure plan also aims to increase the number of skilled construction workers and would make it easier for the federal government to sell assets that may be better managed by state, local, or even private entities. No formal legislation has yet to come out of this plan, as Democrats are not pleased with the Trump administration’s emphasis on private funding for infrastructure.

However, the government’s commitment to the American infrastructure was made evident with the Fiscal Year 2019 Transportation, Housing, and Urban Development Funding Bill. This Bill was approved on May 23, 2018 and includes the following:

The proposed Trump infrastructure plan coupled with the 2019 fiscal year budget for transportation shows the government’s commitment to improving the American infrastructure. Construction businesses and contractors will be vying for these lucrative infrastructure projects. Competition will be stiff.

Those who embrace innovative technologies and solutions that can get projects done faster while creating a better end product will be the ones to win these prized contracts. One innovative material that will play a pivotal role in the rebuilding of the American infrastructure is Ultra-High Performance Concrete (UHPC).

The importance of UHPC in restoring American infrastructure

Ultra-High Performance Concrete (UHPC) is a new class of concrete that is exceptionally strong and durable.

The benefits of UHPC include:

For more details on the benefits of UHPC, see our recent blog post.

It is estimated that the UHPC market will be worth $1.9 billion by 2025 due to increasing demand from the construction industry. The use of UHPC in road and bridge repair and construction is expected to be a dominating force in this market growth.

In fact, many U.S. state governments and the federal government are strongly recommending that UHPC be used in all future bridge construction projects, including the repair of existing bridges.

FHWA also advocates the use of UHPC through its Every Day Counts (EDC) program. EDC is a program that identifies and utilizes innovative technologies to reduce project timelines, increase safety, reduce traffic delays, and lessen the environmental impact of construction at the state and local levels. Every two years, the FHWA works with state and local transportation departments, governments, and other vested parties to identify the latest innovations to support.

Contractors who want a bigger slice of the 2019 federal funding for American infrastructure should educate themselves on this new concrete technology. Knowledge of UHPC and how to use it properly will create infrastructure projects that will last much longer and drastically reduce maintenance costs. These benefits make UHPC a primary ingredient in rebuilding the American infrastructure. Be sure to work with a licensed producer of UHPC who will ensure you know how to use and handle this newer concrete product the right way, so your projects leverage all that UHPC has to offer.

Photo Source: Peter Buitelaar Consultancy and design by FDN in Eindhoven the Netherlands