Skip to content
BREAKING NEWS: Cor-Tuf is proud to announce that Cor-Tuf UHPC was recently added to the Virginia Approved Materials List with VADOT→ 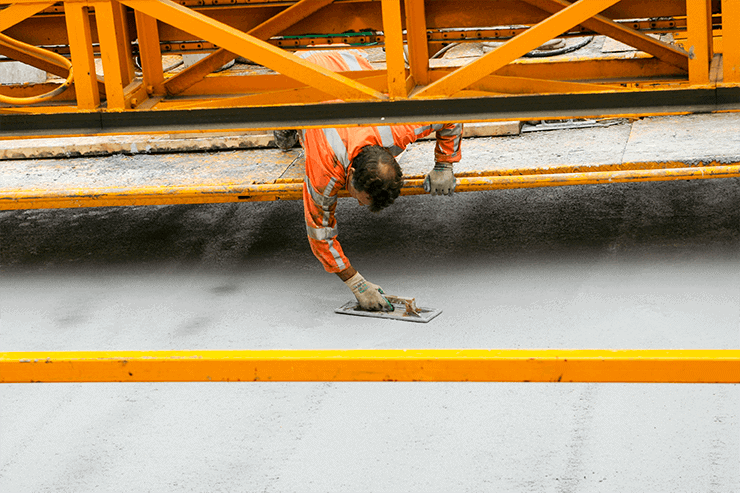 Ultra-High Performance Concrete (UHPC) is a new class of concrete that is exceptionally strong and durable. It is not only ideal for traditional applications of regular concrete, but it also allows for new applications of concrete in areas such as contemporary design that involve thinner components or complex shapes.

The Ultra-High Performance Concrete market size is expected to grow at a compound annual growth rate (CAGR) of 7% between 2017 and 2023, according to a report published by Market Research Future. This is not surprising given the many uses and benefits of UHPC and the encouragement of its use by the Federal and state governments for many infrastructure projects.

We take a closer look at UHPC, including how it is made, its benefits, how it is being used, and the support it is receiving from the U.S. government as an innovative building material.

According to the Federal Highway Administration (FHWA), UHPC is defined as a cementitious composite material of an optimized gradation of granular constituents, a water-to-cementitious materials ratio less than 0.25, and a high percentage of discontinuous internal fiber reinforcement.

Roughly 75-80% of the ingredients of UHPC are the same as compared to regular concrete – cement, gravel, sand, and water. It is the remaining 20-25% of ingredients that make UHPC unique.

The benefits of UHPC

The U.S. Federal and many state governments are strongly recommending that UHPC be used in all future bridge construction projects, including the repair of existing bridges.

The FHWA also advocates the use of UHPC through its Every Day Counts (EDC) program. EDC identifies and utilizes innovative technologies to reduce project timelines, increase safety, reduce traffic delays, and lessen the environmental impact of construction at the state and local levels.

Every two years, the FHWA works with state and local transportation departments, governments, and other vested parties to identify the latest innovations to support. The EDC-3 Innovations for 2015-2016 and the EDC-4 Innovations for 2017-2018 include the use of UHPC connections for prefabricated bridge elements and systems (PBES), making it a favored concrete technology for these applications.

Contractors and builders who want to increase their chances of winning bids on future infrastructure projects should consider the government’s preference for this new concrete technology.

Ultra-High Performance Concrete vastly widens the possibilities for applications of concrete. The combination of its strength, durability, flexibility, and resistance to damage from the elements makes UHPC clearly favorable to regular concrete. Projects last longer and require less upkeep and maintenance. Projects can also be completed faster with less interruption to local traffic patterns and environmental damage. The U.S. government clearly values UHPC and the many benefits it brings to infrastructure projects, making it an important concrete technology for builders and contractors to learn about and use.

Photo Source:  Peter Buitelaar Consultancy and design by FDN in Eindhoven the Netherlands

Concrete vs. Cement: The Hard Facts

If you’ve ever wondered, “What is the difference between concrete and cement?” you’re in luck.
The terms concrete and cement are often used interchangeably. But the truth is, they are not the same. In fact, that “cement” truck many of us refer to on a job site is actually a misnomer—it is really a “concrete” truck.

Concrete is used by contractors and builders for bridges and seawalls due to its strength and durability. Unfortunately, seawalls made of traditional concrete are not immune to the effects of seawater, and bridges constructed of regular concrete are proving to be incapable of withstanding the damaging winds and forces of hurricanes and other strong storms.

Sustainable Construction: The Future of Building

Sustainable construction requires contractors to build roads, bridges, buildings, and other structures with a focus on reducing the social, economic, and environmental impact of the project—and it’s becoming increasingly important.