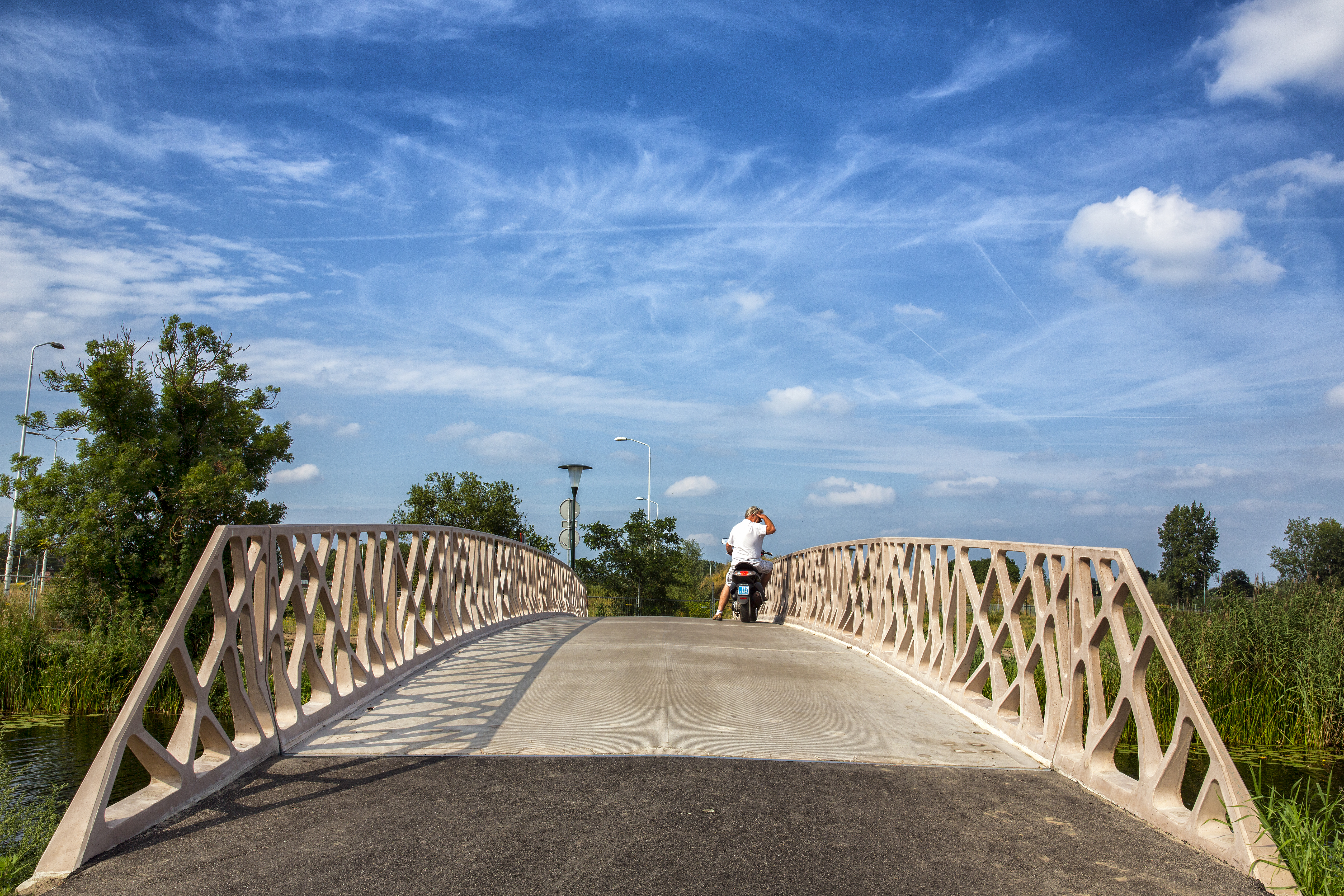 Repair work on this many bridges would take decades if work continues at the current pace of conventional bridge construction. The Accelerated Bridge Construction (ABC) method speeds up the construction process while delivering other benefits to those involved in the project and those living near the construction site.

What is Accelerated Bridge Construction (ABC)?

ABC bridge construction requires changes in the structural solutions that are used for building:

PBES are structural components of a bridge that are built offsite or nearby, but outside of traffic areas. Once complete, they are moved to the site for quick installation.

Structural Placement Methods are the equipment, technologies, and procedures used in ABC. They include:

The prefabricated bridge components used in ABC typically demand field-cast connections that are both durable and easy to build. Ultra-High Performance Concrete (UHPC) fills this need, and is already being used by many construction companies for the seams in current projects.

UHPC is a class of concrete that is exceptionally strong and durable. It has ten times the compressive strength of regular concrete. Additional strength can be achieved with various mixing techniques, with 50,000 psi being achievable.

It has shown durability and resistance to natural forces not seen in previous concrete products. Pre-stressed solutions and integrated fiber allow for longer spans and thinner panels without supports. UHPC is very adhesive, making it ideal for repairs and reconstruction of existing bridges when pieces need to be modified or retrofitted.

Is ABC bridge construction the best way to build a bridge?

The benefits of this approach include:

FHWA supports the accelerated bridge construction method. Every Day Counts (EDC) is an FHWA program that identifies and utilizes innovative technologies to reduce project timelines, increase safety, reduce traffic delays, and lessen the environmental impact of construction at the state and local levels.

Every two years, the FHWA works with state and local transportation departments, governments, and other vested parties to identify the latest innovations to support. The EDC-2 Innovations which were released in 2013 and 2014 lists Accelerated Bridge Construction as an innovation that should be championed. FHWA’s support of ABC bridge construction should compel contractors to use this method as it is among the preferred approaches.

The Accelerated Bridge Construction University Transportation Center (ABC-UTC) engages in ABC-related research. It is funded by the United States Department of Transportation.

Some of the objectives of ABC-UTC are:

ABC-UTC conducts research, engages in education and workforce development, and transfers knowledge of ABC technology. The Center is led by Florida International University, and it partners with Iowa State University and the University of Nevada – Reno.

A recent experiment was performed at the University of Nevada, via Reno’s Earthquake Engineering Laboratory, which tested the combination of ABC methods. The tests were conducted in April 2018.

This was the first time tests were run on a combination of connections rather than on individual connections. All six connections performed as expected and according to design.

Additional data from hundreds of sensors in the connections will be further evaluated over the next few months, but the immediate results enable ABC-UTC to recommend these connections for use in real-world applications with confidence.

The ABC bridge construction method reduces costs, saves time, improves safety, and protects the environment. Contractors who are serious about winning bids for bridge repair and reconstruction will look to this method as the go-to approach given government support and the proven advantages.

Photo Source:  Peter Buitelaar Consultancy and design by FDN in Eindhoven the Netherlands